Welp. Legends did exactly what I was hoping they didn’t: They brought Carter back and he will inevitably cause friction in Kendra’s relationship with Ray, but the relationship hasn’t had time to become anything we can care about. Hell, half the time we’re not even sure Kendra cares about it. For at least 3 episodes in a row, she’s doubtful and fearful and only reaffirms her love for Ray at the very end of the episode. 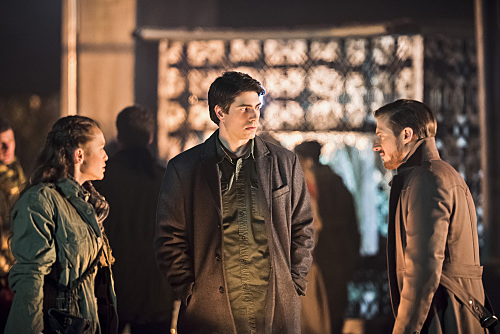 Still, Carter’s return caused more damage to Kendra’s character development than it did to her love life. Via flashbacks we learn that Carter was always concerned that if he died first, Kendra wouldn’t be able to kill Savage alone. Of course, this time she wasn’t alone; she has the help of the other legends. But seeing as how she has to be the one to kill Savage with a weapon made from an item present at her very first death, it’s particularly annoying that we watched Kendra become a badass warrior only to hesitate because she sees Carter is alive and with Savage. This is what he was counting on and it worked.

The team is shocked to learn that Savage has a daughter in the future and she, Cassandra, is taken aboard the Waverider when Kendra spots her wearing a bracelet that was Kendra’s when she died the first time. Snart convinces Cassandra that her father isn’t the man she thought he was and that he was actually responsible for releasing the Armaggedon virus which killed her mother. This leads to Savage’s capture when Kendra fails to kill him. 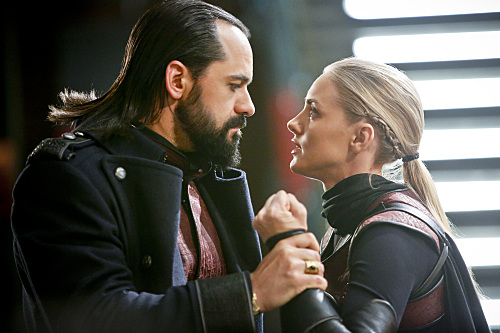 The episode’s highlight, though, comes from the title. The Leviathan is a giant robot, Savage’s ultimate weapon, which tosses the Waverider like my kid throws his Legos. With Leviathan on its way to finish the job, Ray devises a plan to increase his size (and the size of the ATOM suit) so he can fight the robot Pacific Rim-style. And it was amazing.

By episode’s end, Savage is aboard the ship, boasting about taking away Carter’s memories, Cassandra is now a valuable asset to the resistance rebelling against Savage’s regime, and Ray is about to get his heart broken. Again.