Previously on Legends of Tomorrow

I skipped reviewing the penultimate episode of the season because it annoyed the hell out of me. Kendra broke Ray’s heart – again – like we all knew she would, and Snart sacrificed himself to save the team and break the hold the Time Masters had over their destinies. That’s right. All those Ls the team took throughout the season? All a part of the TMs’ plans.

Between that and the Hawks’ connection to Vandal Savage, this first season of Legends of Tomorrow got pretty convoluted, even by time travel storylines’ standards. The show was at its best when the missions were straight forward and the team rallied together to use their respective powers to kick major ass.

The events of the finale (and last week’s episode) weren’t as streamlined as they should have been. There was the aforementioned puppet strings pulled by the Time Masters, an oculus, alien tech inside three meteorites, and three – that’s right; there – Vandal Savages. Oh, and another okie-doke pulled by Rip, who might be the worst leader on TV. Still, he managed to redeem himself when he came thisclose to sacrificing himself to save the world.

The finale begins with Rip dropping everyone (minus Snart) off in Central City five months after they left to become legends. Just as they realize he’s a hologram and not actually standing in front of them, Rip takes off in the Waverider. They each have issues adjusting to their old lives. They’ve had a taste of greatness and adventure, and to make matters worse: They didn’t complete their mission. Sara, though, has the biggest reason to want back on their time machine. She discovers that her sister, Laurel, died and thinks she can go back in time to save her. 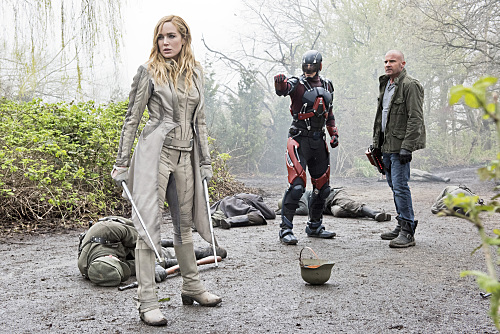 The team calls Rip back, and though he won’t give Sara what she wants, they do get a lead on Kendra’s location with Savage – WWII-era France. The rescue is only half successful as they manage to grab Carter, but not Kendra. With Carter’s help, they discover that Vandal has contacted two versions of himself in the past and using the meteors that gave them their powers, plus their blood, he plans on going back to ancient times, immortal and unstoppable.

Like the formula I mentioned above, the episode really picks up when the team splits to handle each version of Savage, including the one in 1950s Oregon. Vandal takes three ass-whippings in three different times, and finally dies… three times. 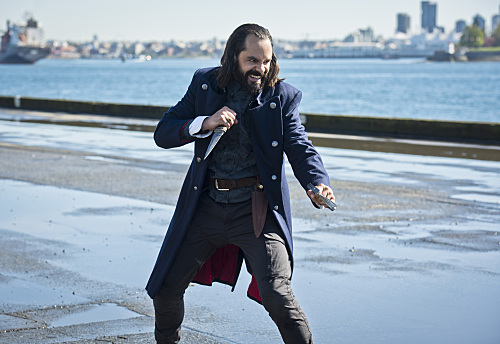 The team is now free to return to their normal lives or take off with Rip. They all choose the latter, except the Hawks. Free for the first time in 4,000 years, they choose to fly off into the sunset.

The Hawks were, hands down, the worst part of this series. The acting was terrible. The costumes were ridiculous. And their ties to Vandal made no damn sense. Also, the acting. Did I mention how painful it was to watch?

Their absence isn’t the only reason season two is already shaping up to be better. Before the team can take off for parts unknown, another Waverider comes in for a hot landing. It’s piloted by Rex Tyler (Patrick Adams; Suits), a member of the Justice Society of America, and he has a message from Mick Rory: Don’t get on that Waverider unless they want to die.

Honestly, I’m more excited for season two than I was for this season. With the Hawks gone, I’m confident the aspects of the series that worked will only get better.