Previously on Legends of Tomorrow, “Out of Time”

Legends of Tomorrow has found its stride, but the actual Legends are still working through a few kinks. This is glaringly obvious when they first encounter The Justice Society of America. Rex Tyler (Adams) didn’t send them; he hasn’t met the Legends yet in his timeline. The Legends are on the JSA’s radar due to impersonating OSS agents in 1942. They’re brought in (by force) for questioning, and only when Nate drops the bomb that the JSA’s Commander Steel (MacCaull) is his grandfather (with the dog tags to prove it), does Rex listen to their story about meeting him in 2016: He crashed the Waverider, warned them not to go to 1942 or they’d die, and then his hologram disappeared.

Rex isn’t impressed – and most likely doesn’t believe them – but the JSA have more pressing matters: Baron Krieger, one of Hitler’s homies, is up to no good in Paris. The Legends depart for the 21st century, their offer to help the JSA denied.

Thanks to the quick ass whupping they received from the JSA, plus the realization that they’re not nearly as polished as them, the Legends decide they need to appoint someone their captain. Rex’s misogynistic and privileged assumption that “the old white dude” Stein was their leader aside, Sara firmly agrees it should be Stein. He is immediately put to the test when the Legends learn that the JSA will die during their confrontation with Krieger. With Stein posing as singer Max Lorenz, the Legends talk their way into a Nazi nightclub to warn Vixen (Richardson-Sellers) of her team’s impending deaths. 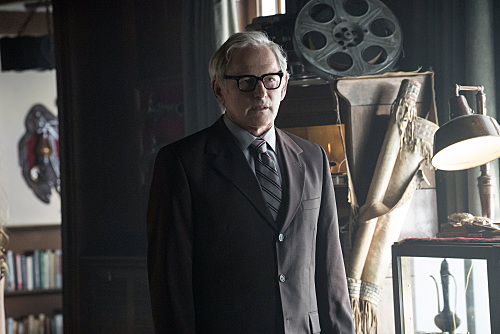 I’m impressed with Legends’ ability to handle traveling to the past with a black man and a bisexual woman. They don’t ignore the challenges like some shows, and they manage to navigate racist and sexist encounters intelligently and with humor. Other shows (looking at you, Timeless) should take note.

Ray cautions Jax it’s not worth a fight when a Nazi warns Stein-Lorenz against “negro music,” but doesn’t follow his own advice when he can’t bring himself to salute in the name of Hitler. With Vixen’s cover effectively blown, they had back to the Waverider. The Legends will be helping the JSA whether they like it or not.

And that’s for the best considering Krieger has been acting as the go-between for Hitler and Eobard Thawne. Thawne wants a supernatural artifact, the Askaran Amulet, in the Fuhrer’s possession, and he’s willing to trade a serum to create super soldiers to get it.

Their attempt to hijack the Nazi convoy with the amulet goes badly when Krieger injects himself with a sample of Thawne’s serum. The team is divided, with Ray and Vixen taking on the new Berserker Krieger and the others fighting the men in the convoy. Stein proves that he can’t make the quick judgement calls when the team is out in the field. He wants to analyze every decision before he makes them. His hesitation results in Ray and Vixen getting captured, and the rest of the team retreating with the amulet.

Since the JSA has the full support of the White House, they make the call to send in an airstrike of Krieger’s compound. It’s here that Stein admits what the audience already knew: Sara should be their leader. She sets a plan in motion to rescue their teammates before the airstrike. 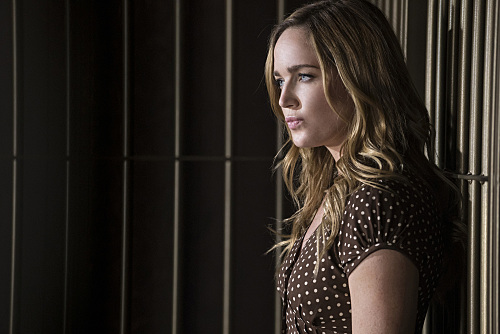 I said last week that it’s wonderful the way the show has taken a role that would usually be filled by a man (sexy badass who gets the ladies in nearly every episode), and given it to Sara. It’s even better that she is now the leader of the crew.

With Ray stalling for time by offering to perfect the serum for Krieger (which would mean he could cut out the deal with Thawne), the two teams work together to free their people.

It appeared we’d get a happy ending this week: The JSA has possession of the amulet, Nate got to spend quality time with the grandfather he idolizes, Vixen takes back her earlier assessment that the Legends aren’t true heroes, and Ray uses his tweaked serum to save Nate’s life.

But Eobard Thawne doesn’t like people getting in the way of his plans (just ask Barry Allen), and he takes it out on Rex Tyler.

If you’re a Premium podcast subscriber, head over to Patreon to leave feedback for this episode and we’ll read it on tonight’s podcast.