Previously on Supernatural, “We Happy Few”

This episode begins in the aftermath of last episode where Chuck/God is slowly dying due to the injuries incurred in the fight against Amara. The remnants of the battle see Sam, Dean, Crowley, Rowena and Castiel (Amara cast Lucifer out during their battle) quickly learn that the sun is also diminishing as Amara seeks to plunge the world into total darkness. Dean has had enough and coolly grabs a cold one and prepares for the end, because as he eloquently puts it, “How do we fix the sun?” 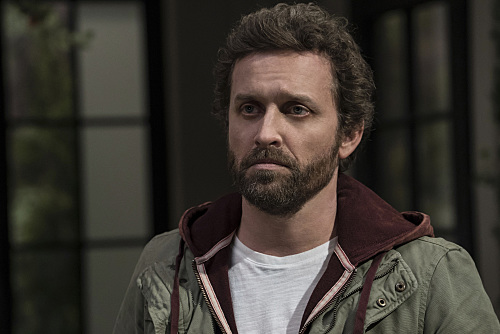 Meanwhile, a woman from England is seen looking over a display board containing reports on the Winchesters’ battles throughout the seasons. She gets a message and begins packing.

Back at bunker, the rest of the crew has taken a cue from Dean and wait out the end by imbibing the alcohol of their choice. Sam, who is the only one who hasn’t given up, tells them their mistake has been trying to trap Amara, who is too powerful; instead they should just try to kill her. The others agree and devise a plan to collect enough souls that Rowena can turn into a bomb and in turn use as a weapon against Amara. Sam and Dean just happen to have a haunted place nearby and literally go ghostbusting.

Unfortunately, they don’t collect nearly enough souls to hurt Amara, but the beautiful Billy the Reaper shows up. It’s not clear why Billy helps them, but collecting dead souls is her game so she offers up a few hundred thousand before leaving and teasing Dean that she will see him again sooner or later.

The woman in England has packed a bag full of weapons to leave for America. Why is this important? We just left a room that contained God, the king of hell, the queen of witches and an angel. What is this woman going to do with her gun?

Since Dean has a connection with Amara, he’s chosen to bring the bomb to her but with the caveat that the bomb can’t be carried; it has to be worn as Rowena has to infuse it into his heart. Dean accepts the sacrifice, because Dean is going to Dean, and as a sappy song plays in the background, he says a tearful goodbye to all his friends. Okay. Whatever. Dean isn’t going anywhere. 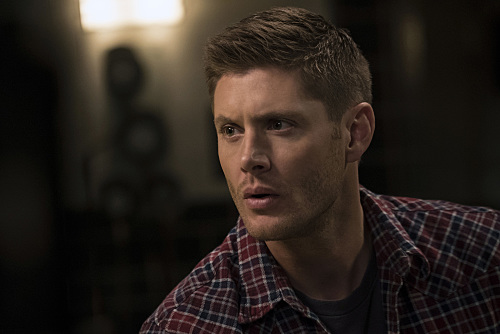 Chuck whisks Dean to Amara, who immediately senses the bomb. Dean takes a different tactic and appeals to Amara sense of goodness and love for Chuck and pleads for the life of all of creation. Amara admits she doesn’t want to kill Chuck; she just wants to hurt him because she’s petty. She whisks Chuck to them and they have a heart-to-heart. Amara explains how much she loved Chuck when it was just the two of them, but she became jealous when he created life. This turned to rage when he locked her up for eternity. Chuck apologizes and they make up. Amara heals God, which in turn heals the sun, and hand-in-hand, darkness and light, they float away to make up for lost time. Before they leave Amara thanks Dean for helping her find her way and tells him she will grant him that wish he most desires. I wonder what that could be. 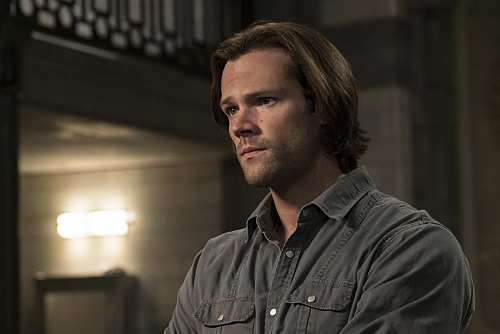 At the Bunker, as the sun brightens, the team believe that Dean succeeded in killing Amara. As Castiel consoles Sam, who thinks Dean is dead, the woman from England shows up and immediately banishes Castiel. She pulls a gun on Sam and tells him that she belongs to the Men of Letters chapter in England and that the old men have tired of Sam and Dean fucking shit up. I’m pretty sure Dean just saved the world, but that’s neither here nor there. She’s come to take them away. Sam is like “this bitch” and tells her to put her toy away. She calls his bluff and apparently shoots him off screen.

Dean hears a woman calling out for help and he comes around a bush, and comes face-to-face with his mom, Amara’s gift.

Ha-ha! Yes, that ending was as corny as it sounds, but I’ll give them this: I didn’t expect that at all. How many times does a conflict that’s built up over a season end in a peaceful, if nonsensical, resolution? With any luck, the high stakes plots dealing with omnipotent entities are over. Hopefully we see the last of Chuck and Amara, or at least keep them to guest appearances.

Supernatural becomes a joke when they try to put Sam and Dean in danger. At no point did I believe for one second that Dean was going to die no matter how sappy the song they played was and I’m sure that British woman didn’t kill Sam – she probably either fired a warning shot or wounded him – and to try to make that a cliffhanger is laughable. Having said that, they have been hammering the point that Billy is going to reap Dean and/or Sam and if next season is their last and things go back to normal. Finally, the boys’ mom is back and I suppose that will bring a new dynamic to the show. I would’ve liked for their father to return as we have a history with him, but I guess he’s busy killing his own people off screen. It’ll be interesting to see where they go with that storyline.

Juan was born and bred in the Bronx, NY and as such has always been a closet nerd. Juan earned a Bachelor’s degree in Computer Information out of Suny Purchase before moving to south Florida and regretting it ever since. Currently Juan is the father of three daughters and in between managing drama conflicts finds time to read books and comics, play games on his PS4, and watch too much TV. His favorite Book is A Song of Ice and Fire, and yes, he subscribes to the R+L=J theory.