Previously on Supernatural, “Alpha and Omega” 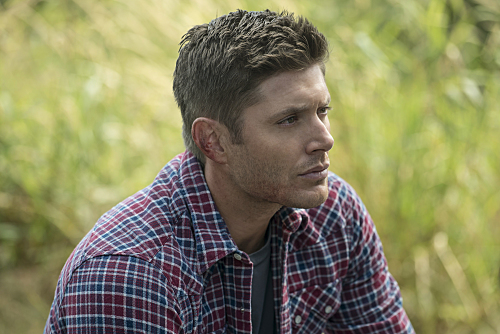 After a decade and change of demons, angels, leviathans, vengeful spirits, various mythological beasts, werewolves, vampires, witches, gods of old and a few coups in both Hell and Heaven, where does Supernatural go from here? Although God and Amara kissed and made up, the world continues to reel from recent events, i.e. Darkness sweeping across the earth along with the death and rebirth of the sun. While everyone is seeking answers about what happened, a powerful, well connected few know exactly who to ask – and aren’t afraid to go the distance to get the answers they desire.

“Keep Calm” carries on immediately after the season eleven finale with the Winchesters and the rest of the gang in disarray. Dean proved to his resurrected mother Mary (Samantha Smith) through a litany of private details that he is her little boy; Crowley is on the hunt for the wayward Lucifer, Castiel is ten kinds of pissed after being banished from the bunker by a mysterious woman As for Sam… little brother is in all kinds of trouble, as usual. The more things changed the more they’ve stayed the same yet Team Winchester may be finally face a prolific antagonist that isn’t so much an extra-dimensional big bad as an army of stodgy, bureaucratic yet extremely well-trained good guys. 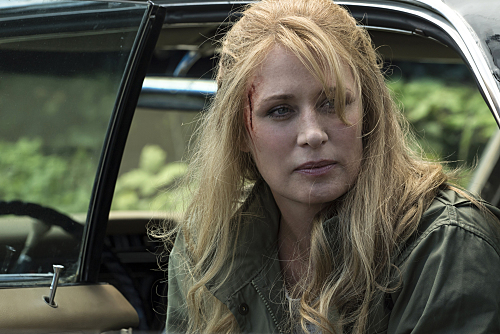 It’s been a few years now since The Winchesters faced an enemy that’s truly given them a real challenge. Dean basically had a heart-to-heart with God’s sister to wrap up season eleven. Where in the hell do you go from that?! Supernatural’s latest showrunners Robert Singer and Andrew Dabb has shown a tinge of promise by setting up the Men of Letters as formidable obstructionists that want to reestablish order in the colonies. In the meantime, there’s a massive power vacuum going on “down south” and every demon easily flipped to Lucifer’s side after all the bungling Crowley has done the last couple seasons. Eventually the two story lines will intersect and culminate in some bloody battle that has Sam and Dean victorious and relatively unscathed. Then again, stranger things have happened.

As God and Amara rose to the heavens as white and black smoke in the finale, it was a portent of sorts for things to come. Season twelve appears to delving into grey areas with the emergence of Mary Winchester and the aggressive natures exhibited by both Castiel and the Men of Letters. It’ll be interesting to watch the relationship between Mary and her sons unfold through the season, seeing they haven’t much of one to begin with. From the jump it’s clear Mary was thoroughly rattled about her current situation. It’s one thing to discover your boys are adult men and you didn’t have the opportunity to raise them, but to learn about all the pain and misery they’ve endured over the years as hunters? It’s heartbreaking for Mary. John did the best he could in her absence by giving his son exceptional survival skills; in turn, they’ve risked their lives countless times with little to make up for it.

Although the Winchesters have received the raw end of the deal for the last twelve years, their exploits are renown among certain circles. The remaining chapters of the Men of Letters have apparently kept a close eye on Sam and Dean for a few seasons and now, after saving the world for the umpteenth time, have traipsed out of the shadows to rain on their parade. “Keep Calm” gave viewers more to Sam’s nameless abductor, however in script she’s known as Lady Antonia “Toni” Bevell (Elizabeth Blackmore). Toni and her ilk are unlike any other mortals the Winchesters have faced; they’ve all the confidence in the world because they have been at the top of their game for a really long time. Bevell is no more impressed by what Dean and Sam have accomplished so much as how many times the world has nearly ended because of their inefficiency.

Granted, the Men of Letters never lent a hand to their American brethren but it appears protocol has changed with Bevell and her troops going after the top dogs first in order to assimilate the rest of the hunter network into their operation. Dabb, who wrote “Keep Calm”, manages to inject a tinge of doubt on the part of the Winchesters, in regards to their ability and overabundance of hubris. While Bevell’s first impression left a lot to be desired, her intentions appeared to be virtuous. Her methods, however, are downright excessive.  There will be considerable growing pains for both parties – one, a pair of borderline reckless yet effective siblings, the other a deliberate yet rigid and calculating secret organization – as their already tense rapport may spell disaster for every good guy and give evil the foothold it’s been seeking.

Hopefully it’s Supernatural’s intent that Toni and especially Mary’s presence will quash their tiresome trope of popular and versatile female characters given unceremonious (and typically unnecessary) deaths. The premiere didn’t do any favors to Bronagh Waugh’s portrayal of an extremely capable MoL enforcer, nevertheless her presence along with Smith and Blackmore have given us a sliver of hope that this season will be heavily influenced if not revolve around the strength and exceptionalism of these new and recurring characters. The more women, the better!

Besides, it would totally and completely suck if they give mom a dirt nap again.