Previously on Supernatural, “There’s Something About Mary” 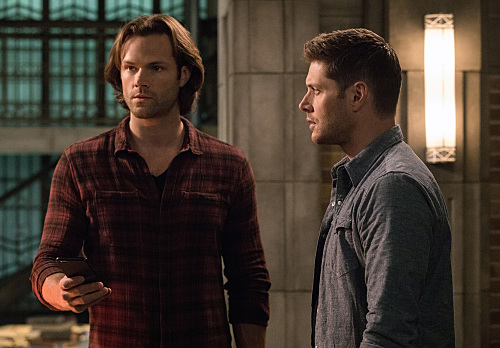 After a promising handful of episodes in the beginning of the season, Supernatural’s twelfth outing soon had more loops and twists than the coasters at Busch Gardens. The dual threat of the British Men of Letters and the spawn of Lucifer was an ambitious premise with neither reaching their full potential.

In the two-hour finale, all that was hastily cobbled together this season was torn down just as fast by the Winchesters in their latest venture into the impossible. While Dean and Lady Bevell attempted to bypass the psychological damage done by the Men of Letters, Sam lead the charge with a pack of hunters against Dr. Hess and her limey minions. 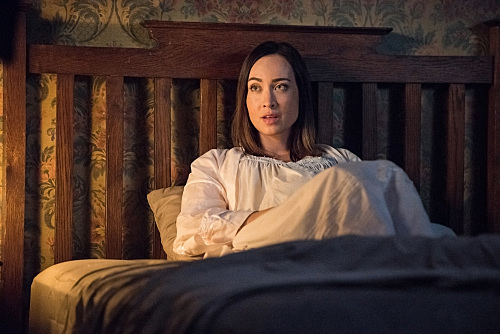 Meanwhile, Cas was making things comfortable for Kelly before she succumbed to her son’s imminent birth. Knowing Lucifer is making a beeline to pick up his pride and joy, the boys along with Mary and Crowley made a final stand that turned out kind of how we expected, per Supernatural tradition. Once more, piles of bodies laid at the feet of Sam and Dean, leaving them emotionally crushed and unsure of their future as a new big bad teases viewers for a half second before we wait another five months to go through same rigamarole all over again.

Now I try to keep an open mind about this, especially when it comes to whimsically violent shows like Supernatural. It’s been a guilty pleasure of mine over the years and, on occasion, provided some damn entertaining television. However, let’s be real: these episodes were a crazy ridiculous way to end an imbalanced season.

First off, holy shit did everyone but the Winchesters have to die?! One of the arguments I made in my last review was how the show has a terrible habit of ridding itself of supporting characters of lasting quality; this also includes villains. Thank Chuck no one like Garth or Claire or even Lily Sunder made a quick appearance because who knows if they would have survived. Amazingly, Jody suffered nothing worse than a bruised ego after subduing Mary “The Terminator” Winchester on her own (off camera). By the way, their scrap could have been fun to watch; alas Mary is already tied up and Dean scowls at the woman he’s hated all season. 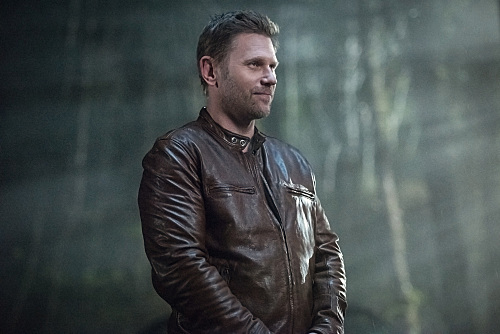 Speaking of, the highlight of the two-parter may have been Dean finally admitting his deepest feelings to Mary while sauntering in her psyche. Honestly, it took some guts for Dean to put it all out there and Jensen Ackles provided a genuinely earnest performance during this sequence. That being written, it’s still kind of messed up to say you hated your mom for all your troubles when both brothers formed so many unholy pacts over the years.

Anyway, DID EVERYONE BUT THE WINCHESTERS HAVE TO DIE??? Arthur Ketch, for all his charm and villainy was a must-kill of course, as was Dr. Hess. Lady Bevell (Elizabeth Blackmore) attempted to humanize herself at the last minute by admitting she wanted to live for her son, but she became a Pez dispenser thanks to Ketch’s skill with a blade. The most surprising and disappointing revelation was Lucifer charbroiled Rowena off screen! C’mon now! After all the pain and growth our resident witch went through season eleven and half of twelve, this is how it ends? Not with a bang but a whimper? Same could also be said for Castiel, yet his departure from this realm isn’t so wistful because he, like the Winchesters, have a habit of coming back to life.

Perhaps the most worthwhile passing was Crowley’s final gift to the boys, via his self-sacrifice to complete a spell. From the way it was played out all episode long by Mark Sheppard, he gave us the impression that it was his final appearance as Fergus. After admitting his distaste for the Throne of Hell and regret for allowing his ego to possible bring forth another apocalypse, Crowley did what little he could and sealed Lucifer (with Mary in tow… whoops) in another war-torn dimension. 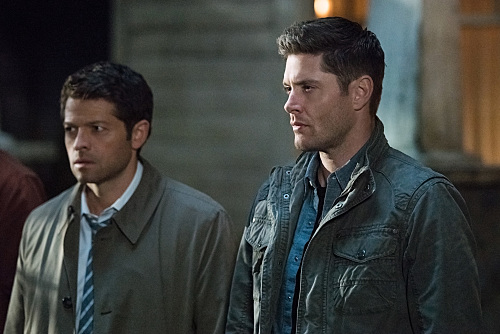 In the end, we had a brief and very awkward cameo from Alt-Bobby and the first shadowy appearance of a teen nephilim aka Sam and Dean’s unwanted godson. They grow up so fast, I swear. By the way, Kelly named her son Jack… a possible reference to this old folklore? Ultimately, everything was tied up in a big, bloody bow though the finale had its share of questionable moments. Unnecessary deaths aside, some moments which could have been played for emotional value were rushed to keep focus on the main task, which was set up season thirteen.

One thing’s for the certain: season thirteen is going to venture into some odd territory if alternate realities are going to be prevalent to the main story arc. If this is to be Sam and Dean’s twilight season, it sure has the makings of being a dark and outwardly convoluted affair. 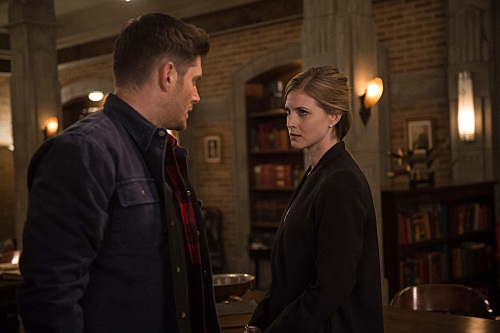 "Who We Are/All Along the Watchtower"