Previously on The 100, ‘Stealing Fire’ 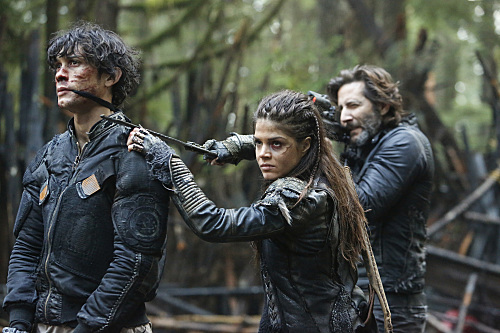 My Sister, My Responsibility

At the cave Octavia, Kane, and the rest of the insurgency plan their next move after escaping Arkadia. However, their next move is chosen for them when they hear a distress call from Monty. Monty was given a tip by Hannah that Pike knew about Monty’s role in Kane and Sinclair’s escape and she tells him to find his friends and they will protect him. Hannah is actually using her son as bait to help assist in Pike’s objective. Yeah. I’ll add Hannah right to the top of my death wish list!

Kane and Octavia decide to meet Monty at the drop ship and after just beating the hell out of Bellamy, Octavia is hoping this is a trap to take Bellamy as a hostage and a trade chip. Of course, this is a well set trap by Pike and with Bellamy’s help he was able to get the upper hand. Even though Bellamy turns out to help the insurgency, in the end Kane brings up the question of why Bellamy helped. If he only helped because of Octavia, who is extremely upset while mourning the death of Lincoln, additional problems will occur if Bellamy isn’t on Kane’s side as he tries to rejoin the coalition as the 13th clan. With Kane turning Pike over to the Grounders he will need all the help he can get. 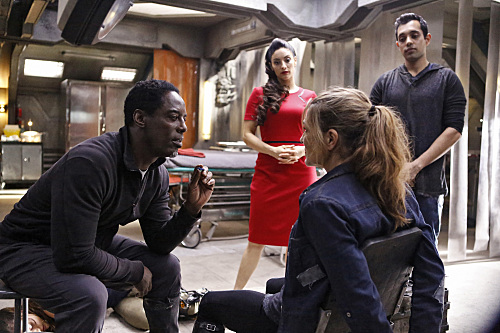 Raven tirelessly tries to rid herself of A.L.I.E’s programming by trying to overload her senses with rock music, white noise, exercise, and poetry. With A.L.I.E taunting her while she’s doing it, nothing seems to have a lasting effect. Raven being the genius she is believes if she can re-work the bracelets they had when they originally landed on Earth to override A.L.I.E’s control over her.

With Jaha’s suggestion, A.L.I.E decides to give Raven all the pain she can so Raven will submit to her. However, A.L.I.E and Jaha still need Abby to bring the keys back into circulation and for Abby to take the key herself. We already knew that to carryout A.L.I.E’s plan Jaha is willing to kill, but it was disturbing to see Raven bleeding out and Jaha calmly telling Abby to take the key or Raven would die.

When this season started, raise your hand if you thought Jasper’s arc would turn into a heroic one that played out this week. After Jaha destroys the bracelets and sees everyone under A.L.I.E’s control, he thought enough to get Raven out of there and try to flee Arkadia – but not before almost running Clarke over with the rover. After picking Clarke up and quickly bringing her up to speed on Lincoln’s death, they get the hell out of Arkadia since it has fallen to the control of A.L.I.E. 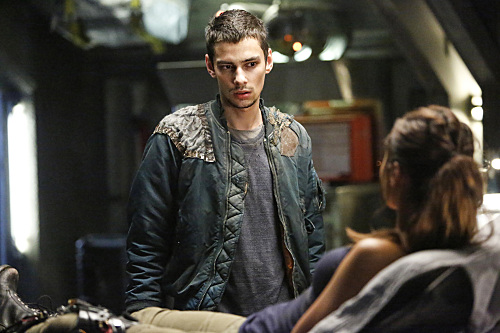 When Bellamy led Pike to the blockade, three of Pike’s red shirts were killed by grounder arrows. The season body count is now at 375.

The more I watch the A.L.I.E story play out, I am torn between admiring the work Becca did with A.L.I.E and wondering why would you give an AI all this power? It is painful to watch Raven, who has legitimately been put through all types of pain, being overloaded with that pain to become a shell of her former self as the first to be completely controlled by A.L.I.E. Even though Jaha suggested “hacking” humans to override their free will, I see her leaving Jaha as he is since he appears to be down for the cause of sending everyone to the City of Light. I am still not worried about Murphy at all. The kid knows how to survive and if he plays his cards right he may wind up leading the Grounders through Ontari – although there are worse things to go through to survive. I can’t wait to see what role Murphy will play when Kane comes asking for Arkadia to once again become the 13th clan. I don’t know if Murphy will have enough pull to save Kane or if he will even care to help.