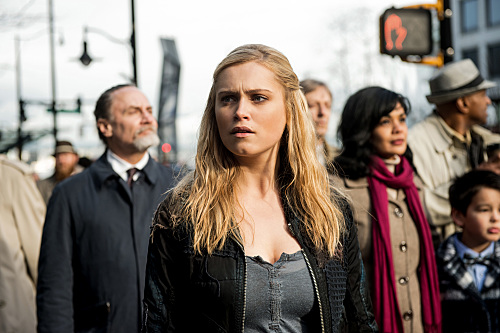 The Flame Will Protect Me

As the season wound down, our heroes found themselves with one all-or-nothing option to save themselves from a chipped army. With Ontari brain dead and unable to take the flame, Clarke has to be the one to save them all and take it. They skate around Clarke not being a nightblood by doing what they did with grounder blood at Mt. Weather, and the recently un-chipped Abby has everything she needs in her med kit to perform the operation.

They pump Ontari’s blood into Clarke before Murphy gives her the flame and then Clarke takes the key to enter the City of Light and stop Alie. I was taken aback by the juxtaposition of Clarke being inside an actual city and not in a space station or a post-apocalyptic Earth. The City of Light is beautiful and has strawberry ice cream, but there are more pressing matters because Clarke is starting to feel weak and Alie sends everyone she can to attack Clarke in the city. 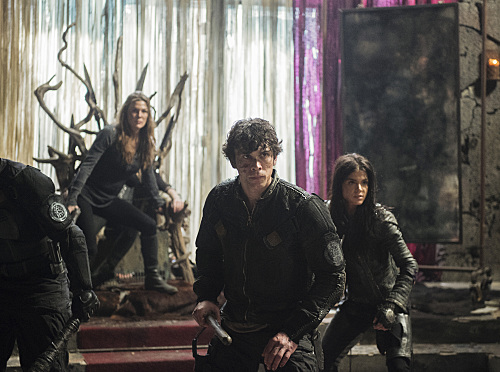 We Need to Stand Together

With Kane leading the chipped army they scale the tower in Polis to reach the throne room. Bryan, Nathan, Bellamy, Pike, and Octavia are there to defend Clarke as they pigeon hole the grounders into only one entry point. As Octavia and Pike are set to defend the throne room, Octavia is petty in a crisis and slices Pike’s leg and steps aside to let the chipped whip his ass. Bellamy comes in to save Pike to Octavia’s dismay. Meanwhile, Abby and Murphy have their own problems as Ontari’s body is starting to go into shock and it’s starting to affect Clarke – without the nightblood Clarke will end up like Emerson.

This show has always felt like a show that doesn’t rebel against some of the tropes on most of The CW’s shows. However, the scene where Abby pries open Ontari’s chest so Murphy can pump her heart with his hand could be seen as too gruesome. I couldn’t take my eyes off of it. I’m shocked they got away with it on network TV, but hey, more power to the crew of The 100 for pushing boundaries to tell their story. 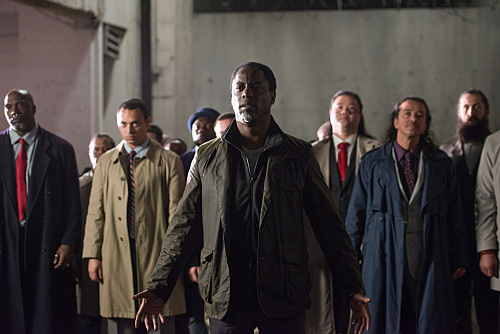 Our Fight Is Not Over

With Clarke getting that work from Alie’s minions, Lexa jumps in to save her. My god. Lexa dual wielding swords is magnificent to watch! After the immediate danger is taken care of, Clarke and Lexa have their reunion, but it is cut short because with Clarke in the City of Light, Alie is updating herself with Alie 2.0 to eliminate the kill switch.

As Clexa, (Yes, that’s what the cool kids on Tumblr call Lexa and Clarke) chases a clue to the kill switch they hit a firewall and are confronted by Jasper, who tries to persuade Clarke out of destroying the City of Light and explains all the benefits of being part of it because humans act against their own interests. Alie will protect them from themselves. Of course, Clarke is not going for this, but Jaha arrives with damn near the entire city to let Clarke know there is no escape. However, there is, and the escape is Raven. Hey, Ma. She’s able to open the door to room with the kill switch. As Lexa goes to fight the entire city like the badass she is, Clarke steps in to the kill switch room.

We’ll Figure It Out; We Always do

In the kill switch room, Becca Pramheda and Alie plead their case as to why Clarke should or shouldn’t use it. Alie drops the biggest bombshell when she says that there are over a dozen nuclear plants that were not destroyed in the bombing 97 years ago and they are melting down. They have 6 months before 96% of the Earth is uninhabitable – even to the ones born in space.

Okay. Quick question: Why didn’t she lead with this? Alie tries to answer that because the last time she told her creator something that could end the world she was locked away by Becca Pramheda, Becca’s fine, by the way. Clarke still refuses to be a slave to Alie and proclaims that they can’t ease pain. It must be overcome. And she pulls the kill switch.

Once Clarke does this everyone is brought back to themselves completely free of Alie’s control. So many of our characters embrace and reunite with happiness and remorse for what they did under will being controlled, but Clarke comes back with the knowledge that the world is not yet saved. Even after Pike saved her life in the chaos in the throne room, Octavia will not let go what Pike did to Lincoln. She runs through Pike with her sword as Octavia isn’t about half measures. She kills him and then walks out of the throne room.

Bellamy, Pike, and Clarke killed 4 chipped soldiers to save Pike, Octavia, and Clarke. The season body count is at 397. Anyone want to place bets on the over under for the body count of next season?

I really wanted to give this episode a perfect 10, but the nuclear meltdown issues came up in the final minutes of the season as an obvious set up for season 4, and that seems like something that should have come up between Alie and Jaha before now.

I’m sure we are going to have the season start off with most of the chipped feeling remorseful for what they have done, but I am curious to see what happens with Jasper, who actually cried when the Alie program was destroyed, as well as with Jaha, who seemed to be more in control of his actions than the other chipped.

The show dropped the ball with explaining how much control Jaha had with being a confidant to Alie. Hopefully, they’ll pick it up when season 4 starts. Octavia finally got something to do besides mope over Lincoln and Pike had it coming – even though the show did a hell of a job making him likeable after Alie took over. I am curious to see the initial interaction Octavia has with Indra and how Indra reacts to Pike’s murder at Octavia’s hands. At least the next season won’t start off like the last 3 where the Arkadians were split. Here’s to hoping they can get right to business since they are all together.