Previously on The 100, ‘Watch the Thrones’

Pike effectively sends his message, Jaha gets someone to listen to his message, but Clarke’s message falls on deaf ears. 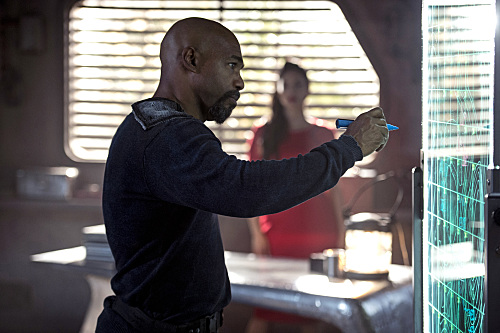 This Land is Theirs Now

You can say a lot about Pike , and trust me I will, but you can’t say he isn’t a man of his word. His 10 vs Indra’s 300 was successful as he Bellamy and the rest of their crew returned from battle victorious and with one survivor, Indra. The only reason she was left alive was to send a message to Indra and the Coalition that Pike rejects the brand of the 13th clan and this land is theirs now – they can leave or die.

I am shocked Pike pulled it off. I feel like we were led to believe – in the last couple of seasons – that whether it was Trikru or any other grounder faction, unless it was a very intricate trap and if The Grounders have the numbers, the guns are irrelevant and it is almost certain defeat. I guess things change. I am interested to see if Indra decides they will actually need and use guns since she feels they may not be able to defeat the Arkadians without some fire power.

With fire in her eyes Lexa demands retribution by summoning the 12 clans to basically eviscerate Arkadia. However, Clarke tries to save her people, again, by talking to Bellamy. She’s hoping he can get through to Pike. Octavia sneaks away and gets Bellamy into a room with Clarke so they can hash it out.

This may not be exactly what the Bellarke fans had envisioned with Bellamy and Clarke alone, but my God the feels in this interaction. My eyes began to sting a bit. Bravo to Eliza Taylor and Bob Morley as they killed it in this scene. It was powerful to see Bellamy just put it all out there on why he is ready for any war The Grounders are going to bring, and even why he is done with Clarke at this point: it’s due to the decisions she has made by trusting Lexa and the Grounders and the effect it has had on their people and people who trusted Bellamy.

So when Bellamy turns on Clarke, damn he dried those tears quickly, and he is ready to turn her over to Pike, I am completely fine with his thought process. Luckil,y Octavia was there to break Clarke free from Bellamy and get her back to Lexa. Clarke was unable to talk Bellamy out of starting a war, but she is able to talk Lexa into searching for peace by not obliterating Arkadia, much to Indra’s dismay.

Bellamy was right about people dying when Clarke’s in charge. As nice as Blood must not have Blood sounds, it is hard to see the twelve clans, Pike, or Bellamy agreeing to this. It was not too long ago when Clarke was ready to either poison the Ice Queen herself or have her son kill her. 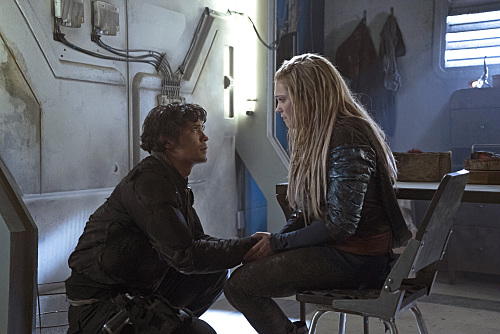 What Do You Have to Lose

Jaha and Otan get back to Arkadia. Unfortunately, Otan does make it in since he is killed at the gates in a skirmish. For Otan “death is not the end” and he is on the way to the City of Light, Jaha says. Go figure. After Jaha fails to convert Pike, Jaha notices a physically and mentally broken Raven. Raven was earlier not cleared by Abby to assist in the infirmary because of the constant leg pain she is in. Jaha is able to slip one of those A.L.I.E chips to Raven and later, while she is in excruciating pain, she eats the chip and the pain in her leg almost immediately goes away. As Raven is getting her power walk on, she is able to see A.L.I.E and Raven is told it is time to go to work.

I’ve been rooting for Raven since the series started so I am a little aggravated it seems she could care less about the impending war.  I am worried that this Jaha and A.L.I.E don’t have Raven’s bets interests at heart. So far, the chip appears to heal the physical body and we know it has an effect on the mind in some way. Hopefully Raven will keep her attitude and personality intact somehow.

Add 299 to the body count due to Pike’s massacre. 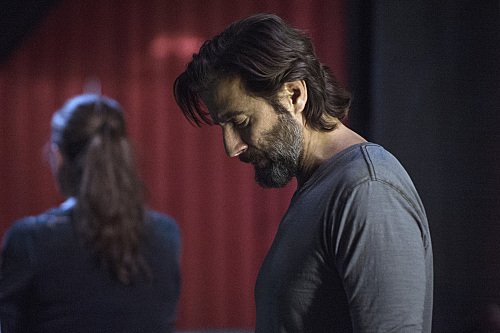 I am loving the slow boil with Lincoln as he tries to turn the other cheek with the Arkadians madness, but I can’t see him keeping his cool for much longer. It’s good to know that Abby still has some influence where they were able to get meds to The Grounders that Pike interned.

Speaking of Pike, he is definitely preparing for war as he is willing to wipe out a Grounder village just because it is in the way of setting a safe perimeter. I wonder how much Bellamy is willing to take of this before he snaps back to reality. Maybe if a certain someone who is “playing” Grounder is actually treated like a Grounder, this will bring Bellamy back. Hopefully those Grounders who snatched Murphy will bring them closer to the main story. I’m sure Murphy is glad he still had that A.L.I.E chip. How far does A.L.I.E’s reach go? Just when the infighting between Grounders seemed to be over, this new motto of blood must not have blood will definitely strain that peace. The next move Titus, Indra, and Prince Roan make will be intriguing.