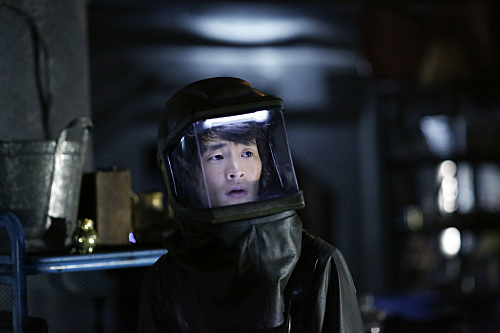 Let Me Help You

In Arkadia, people are starting to feel the effects of the radiation and Monty is frantically trying to save as many of them as possible. Unfortunately, none of them are open to his help. Once Riley dies from an overdose of Jasper’s tea, that gives Jasper the idea to make enough tea for everyone to overdose and die rather than being painfully killed by the radiation. Monty has not been able to catch a break at all this series as the only semblance of family he has left is Jasper and Harper. As Monty pleads with Harper in the rover to come with him to Polis, Harper isn’t having it and tries to get Monty to save himself by telling him that he’s not enough to make her want to live.

Once Monty finds Jasper, it’s too late as Jasper has already had enough of his tea to overdose. As annoying as Jasper has been this season, he is given a heartfelt moment as he dies telling Monty to not live with regret over him killing himself and to say that he loves him. Once Monty puts it together that all of them may have drank the tea he races to find Harper and finds everyone dead except for Harper. Harper has had a change of heart since she has a hazmat suit, and is ready to live and leave with Monty. 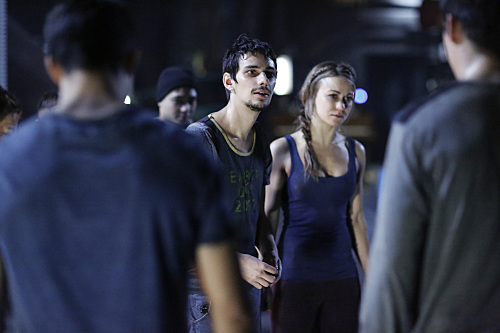 I Didn’t Die So You Can Kill Yourself

At Becca’s lab, Raven is trying to put the finishing touches on her space suit but another seizure comes over her as she is talking to Becca. When Raven comes to, the Becca figment of her imagination is tied up with her mouth taped shut and Sinclair appears to her. So now Raven has two voices in her head, because we remember how Sinclair was killed. Even though Raven believes her death is imminent, Sinclair asks her has she even tried to cure her brain disease. Becca tries to discourage her from doing this and encourages Raven to go back into space to die. Raven decides to live. Raven and Sinclair come up with a plan to basically reboot her brain. Don’t try this at home, ProFans! It works, and Raven calls out on the radio that she is still alive. 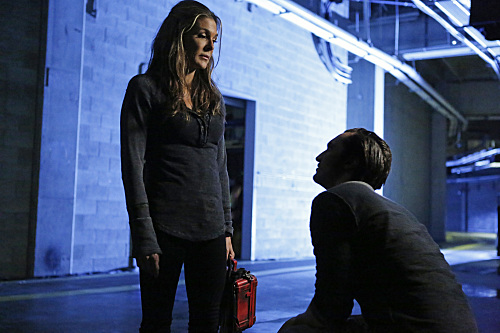 I’m Doing What I Have to Do, Like Always

As expected, back at Polis, Bellamy is furious that Clarke and Jaha pulled him to the bunker and left Octavia out. When Clarke allows Bellamy to radio Octavia to say his goodbye, Octavia lets them know that she agreed to share the bunker with the rest of the Grounders. Jaha has Bellamy locked up anyway because he feels the Grounders will kill them for stealing the bunker. Clarke and Jaha decide to hace Murphy guard Bellamy’s cell because they know Murphy cares about his (and Emori’s ) survival above all else. Clarke tells Murphy she will come back to relieve him in 6 hours.

Abby comes to Bellamy’s cell before that to tend to Bellamy’s wounds, but helps him escape. Abby has to go to the control room to unlock the escape hatch from there while Bellamy goes to manually open it. Once Clarke sees Bellamy has escaped she grabs a gun and meets him at the escape hatch. Before Bellamy can get out, allowing Octavia and the rest of the Grounders in, Clarke stops him at gunpoint and fires a warning shot. Bellamy tells Clarke that if she is going to stop him she is going to have to kill him. Clarke can’t bring herself to do it and puts the gun down and allows Octavia, Indra, and the rest into the bunker.

Once in the bunker Octavia lets it be known that each clan is allowed to save 100 people and Skaikru has 12 hours to choose who stays. Jaha is irate because they have over 400 members of Skaikru. Octavia says all clans have made that sacrifice and they will have to as well. Octavia insists Bellamy gets a spot and that they can decide the rest. I wonder if Jaha wants to have a lottery now to choose the names of the hundred who stay. Does Clarke still have that list she made earlier in the season? She might need it!

This is the first episode of the series that Kane directed and it wasn’t bad at all. Typically when there’s a guest director, a show’s episode can feel like filler. I’m sure with Kane being a recurring character that had a lot to do with the show staying the course.

It was great to see the way Jasper and Raven dealt with their impending demise differently. I didn’t like how the show tried to take some of the blame of stealing the bunker off of Clarke and pushed it to Jaha, even though in the last episode Jaha told us it was Clarke’s idea. Clarke’s indecisiveness reached a tipping point with me because I can empathize with why she made the decision; because to her point, who would have the knowledge of how to keep maintenance up on the bunker? There was one person (Bellamy) who jeopardized it. If Clarke was willing to shut out whoever was left, basically sentencing them to death, she should have killed Bellamy to preserve her goals for the bunker and the human race. Sorry, not sorry, Bellarke fans. Maybe the deaths of more than one main character would have been too much in this episode. The penultimate is next week so we’ll see what Skaikru does to be part of the 100.