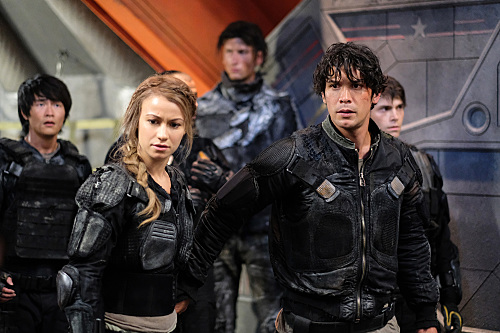 I Don’t Want To Survive, I Want To Live

In Arkadia, Clarke, Raven, Bellamy, and Monty discuss their next move. Monty actually comes up with the idea to fortify and repair Arkadia itself and seal them inside of it. This is only a temporary solution because Arkadia cannot hold all of them as well as the Grounders. This is a start, but they’ll need enough water to survive the nuclear fallout. Bellamy takes a team of Bryan, Miller, Monty, Harper, (Is there a ship name for Monty and Harper yet? #Moper? #Harty? Yeah I know I’m bad at this) to Ice Nation to retrieve a hydro-generator to create usable water for everyone.

Once the quintet makes it to Ice Nation, they are ambushed by Ice Nation soldiers. After a bit of posturing, Bellamy tells them why they are there and that they have King Roan’s blessing. To their surprise, they find about 25 Farm Station survivors working as slaves to the Ice Nation. Even though they are getting what they came for, Bellamy’s team takes a vote on whether they should help the slaves or take the generator. The only way they can help the slaves is by using the hydro-generator as a bomb, thus destroying the generator and their potential water supply – which they do, killing all of the Ice Nation soldiers except for the Chief Ice Nation Soldier who doubles as a slave master. Bryan tells Monty the Chief murdered Monty’s dad when the Farm station crashed. Instead of killing the Chief as Bryan wanted him to, Monty frees the slaves and walks away like a badass while the slaves reenact the movie Django Unchained as they proceed to stomp a mud hole in the Chief’s ass and walk it dry.

Once Bellamy and the team make it back to Arkadia empty-handed, Clarke and Raven promptly berate Bellamy for his lack of seeing the big picture. Without the hydro-generator Raven tells Clarke that the ark can only support roughly 100 people. Clarke makes a speech where she telling all of Skaikru about the Praimfaya. Then she lies to them when she says that all they have to do is fix the Alpha station and they will be fine. Raven isn’t too pleased with this, but she has motivated the help she needs to get the station fixed in time. Before the credits roll, Bellamy tells Clarke “We save who we can save today.” 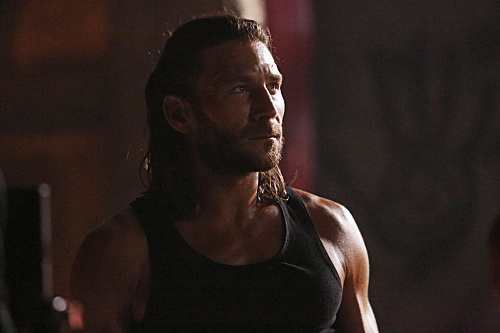 You Reap What You Sow

We are taken to a flashback from 9 days ago where we see a new character by the name of Ilian, feeling the effects of Alie’s key. Ilian had just killed his entire family to attempt to get his mother to take the key. As Alie prepares to have Ilian slit his own throat, Clarke throws the kill switch to Alie’s programming. Once Ilian is free, he runs to untie his mother and apologize, but his mother dies and says with her dying breath, “Avenge me”.

Of course, Ilian blames Skaikru for this, as the majority of the clans appear to, and he makes his way to Polis. There he links up with Rafael of Trishanakru, who is planning to challenge a weakened King Roan to single combat to become the new king. Octavia and Kane overhear this treachery and attempt to warn Roan. Even though Roan is still healing from the bullet wound he suffered last season, he is willing to fight Rafael if needed because he won’t be the type of king that hides behind the law or another warrior’s blade. If Kane and his diplomacy can get Rafael to stand down then Roan won’t fight.

While Echo is helping train Roan to be ready for a potential battle she becomes frustrated because Skaikru and Wanheda are allowed to live. Roan breaks down and tells Echo about the impending Praimfaya. Echo calls B.S. on this and asks if she can spy on Wanheda to find out what they are really up to. Roan allows her to do this, but only if he survives his combat with Rafael. Kane’s attempts at diplomacy fall on deaf ears as Rafael brushes him off. Fortunately, Octavia has a more effective way of changing his mind and murders him at his dinner table. When the ambassadors meet the next morning, Echo tells Roan that Rafael died when his heart stopped that morning. Ilian asks Octavia if she is going to kill him, too. Octavia denies knowing what he’s talking about, but does put her hand on his shoulder and tells him she’s sorry for his loss. Then she was out like a thief in the night. 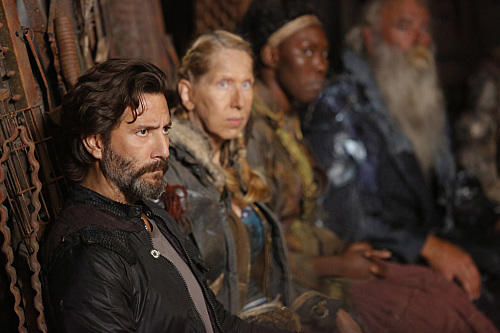 Octavia leveled up this week as she killed the Trishanakru Ambassador Rafael with a single blade, Assassins Creed-style, and made it look like an accident. I’m enjoying Octavia as a bad mama jamma, but eventually she’s going to have to fight someone without sneaking up on them. Judging by the way Echo looked at Octavia at that ambassadors meeting, Echo might be feeling up to the challenge.

The season body count is at 10. 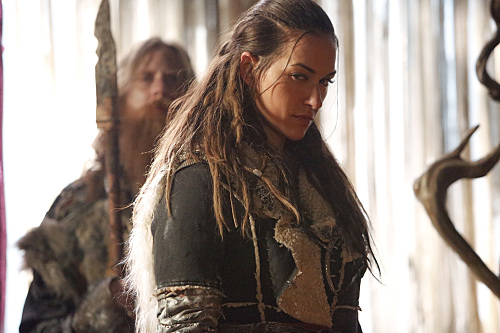 It seems that no one is built to be a leader. Bellamy needs to stick to being the second in command because being a leader doesn’t serve him well. I feel like that move to let the hydro-generator go in order to save those slaves will definitely be brought up time and time again and he should have known better. Clarke is going to have a hard time dealing with the decisions a chancellor has to make on what to tell the people and how to tell them. She doesn’t want to be as carefree as Jasper when he’s taking a shower using up good water. Although he had the line of the night when he delivered “I don’t want us to survive , I want us to live.” There is a vivid reminder of what type of chancellor Clarke does not want to be when she’s taking advice from Jaha while still bringing up old shit by being pissed about him floating her father – As well as Raven reminding Jaha that he is the reason ALIE was able to take over in the first place. Sucks to be Jaha. With their imminent death coming in about 6 months, there is some love in the air as Abby and Kane had sex. Abby is so gone off, that she took off her wedding that reminds her of her dear departed floated husband. This show doesn’t give us a lot of healthy relationships and between Abby and Kane as well as Harper and Monty holding hands on a mission, who wants to guess which relationship will be a casualty of the show?